I’ve always been a big admirer of Hussein Chalayan’s work for as long as I have been interested in Fashion and Textiles, simply because of his groundbreaking methods of combining unconventional materials and processes. His 1993 graduation collection titled ‘The Tangent Flows” consisted of a series of buried garments that were unearthed just before the show.

In this collection Chalayan combines textiles with the process of oxidation. Oxidation is the loss of electrons during a reaction by a molecule, atom or ion.When oxygen combines with an element, it changes the appearance of the element. For examples when iron reacts with oxygen and changes to rust.

The collection consists of garments that appear to be decomposed and rotten showing earthy stains in a rusty red shade. The textile used was silk that Chalayan had buried with iron fillings in a garden and exhumed six weeks later. With this he tried to show the audience how quickly fashion dies and how easy it is to recycle. He demonstrates how beautiful the process of decaying and recycling can be. 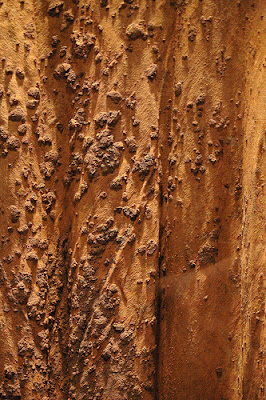 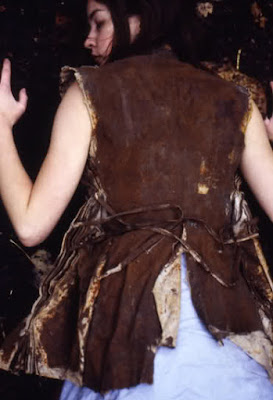 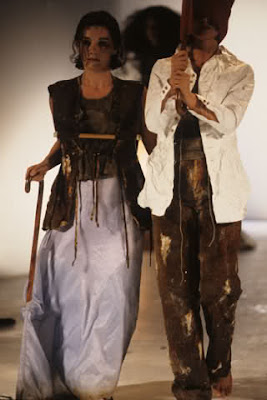 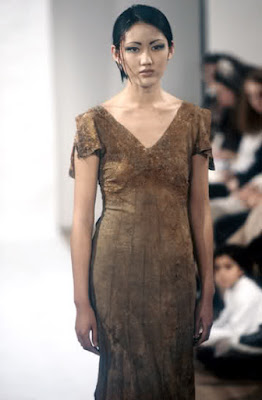 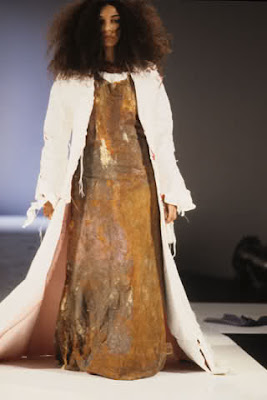 The structure of the garments are simple yet free spirited. The models almost look as they have walked out of the earth, which has a certain beauty to it. The texture of the silk is very natural, as is the rusty colour due to the extremely natural process the textile has undergone.

While creating this collection, Chalayan has focused attentively on the process rather than the end result, and by doing these unpredictable new forms have been revealed. I like looking at it this way because it emphasizes the importance of the process, not only the finished product and how designers should take risks in their work to produce successful innovative products.

Throughout his career Chalayan has experimented with innovative materials and processes and has explored how technology could create new possibilities in fashion. Some of his notable work includes the ‘After Words’ Autumn/Winter 2000 Womenswear Collection where chairs and tables transformed into wearable extensions and garments on the human body. 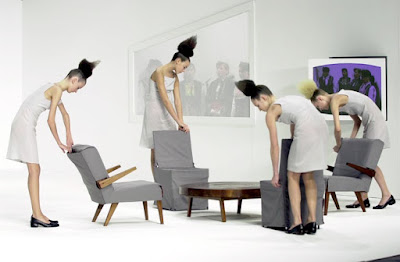 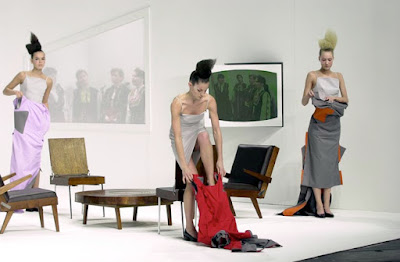 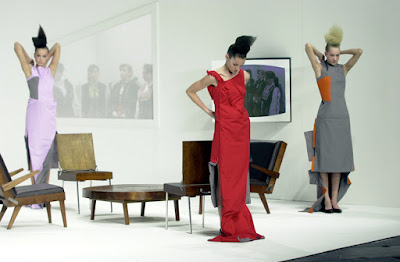 The Remote Control Dress, from his Spring/Summer 2000 collection was designed by means of the composite technology used by aircraft engineers that facilitate airplanes to fly by remote control. The dress was created using a combination of fiberglass and resin, was molded into two smooth and glossy pink-colored front and back panels fastened together.

In his most recent show at Paris Fashion Week, Spring Summer 2016, he presented models wearing stiff-looking, collared overcoats standing under what appeared to be a shower. The garments appeared to simply disappear when it came in contact with the water. Underneath, the white dresses were encrusted with Swarovski jewels and intricate black appliqués, which were revealed as the first white layer of fabric dissolved. 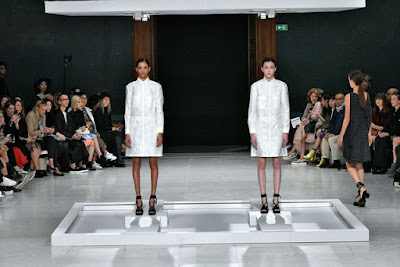 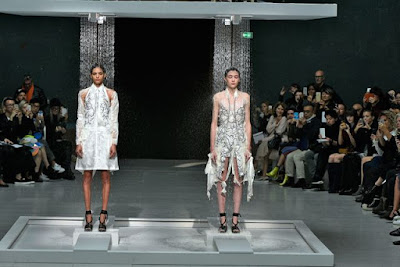 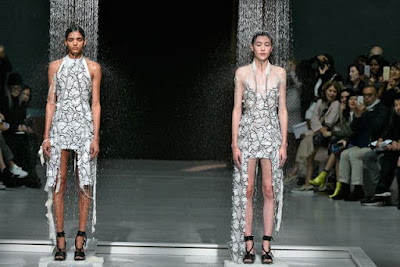